Link: https://panoramaweb.org/methylation_methods_1.url Share
ProteomeXchange ID: PXD012621
Abstract
Arg and Lys undergo multiple enzymatically driven post-translational modifications (PTMs), including methylation, which may be linked to key cellular processes. Today there is not a method that simultaneously quantifies proteins and the methylome at the site level. We have developed a method that can differentiate an unmodified peptide from its mono-, di- or tri-methylated Arg or Lys counterpart through a data independent acquisition approach that is suitable for both triple TOF and Orbitrap mass spectrometers. This method was further expanded to include Lys acetylation and succinylation, which in conjunction with methylation allow for simultaneous quantification of Lys PTMs in the a single measurement. Our approach leverages small precursor mass windows to physically separate the various methylated species from each other during MS2 acquisition and shows linearity in the quantitation of low abundant peptides. We did this by first creating a biologically hyper-methylated peptide assay library, for mono-, di- and tri-methylated Lys and mono- and di-methylated Arg to which each experimental sample is compared. We further expanded the peptide assay library to include Lys acetylation and succinylation, providing the opportunity to multiplex five Lys and two Arg modification without the need for sample enrichment. To assess its biological relevance, we applied this method to complex liver lysate from differentially methylated in-vivo non-alcoholic steatohepatitis mouse models and show that differential methylation potential and altered acetylation together with total protein changes drive strong novel hypothesis of a regulatory function of post-translational modifications in protein synthesis and mRNA stability. In conclusion: our method, which is suitable for different mass spectrometers along with the corresponding publicly available mouse liver PTM enriched peptide assay library, provides an easily adoptable framework needed for studying global protein methylation, acetylation, and succinylation in any proteomic experiment when total protein quantification is being carried out. Wide adoption of this easy approach will allow more rapid integration of PTM studies and knowledge.
Created on 2/7/19, 11:17 PM 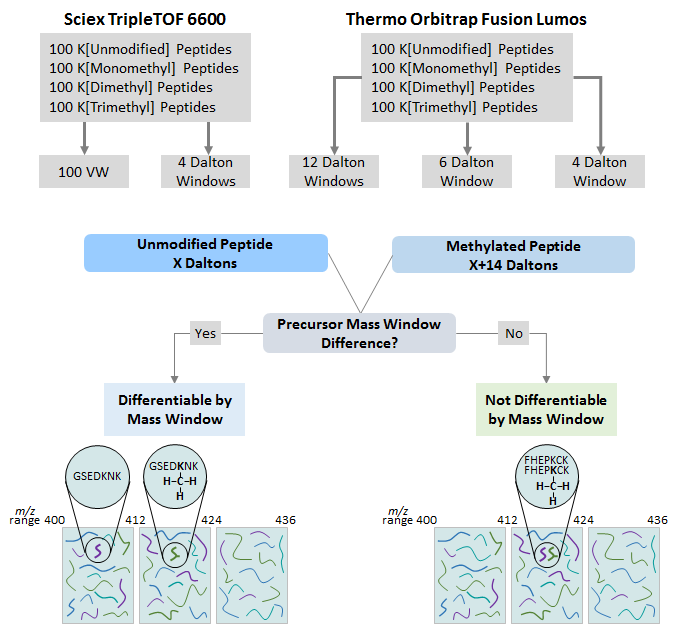 This data is available under the CC BY 4.0 license.